In July 1951 the Official Board of the Aramalaya Presbyterian Church appealed to the Presbyterian of the Canadian Mission Church for a Boys' Secondary School to be sited on Sheriff Street, Tunapuna.

Two years later the Naparima College Board, which was governing only the Canadian missionary Secondary Boys' School in the country at the time, was instructed by the Presbytery to proceed with plans for a programme of secondary school expansion, giving priority to the oilfield area and the area in the vicinity of Tunapuna.

A committee of missionaries agreed to release buildings on Sheriff Street for use and on 27 September 1954 application was made to the Colonial Government for the recognition of a Provisional Assisted Secondary School in Tunapuna.

On Monday, 17 January 1955 the school was opened under the principalship of Rev. H. F. Swann. It was called Naparima College, Tunapuna Branch, with an enrollment of 44 students and two teachers. The church hall on Sheriff Street was used as the classroom and the portion of the grounds and cow-she were used for games.

Naparima College, Tunapuna Branch remained on this site until September 1957. In this year the Principal, staff and students entered the present site at the top of El Dorado Road. In November 1957 the government granted the college Permanent Status as a Government Assisted Secondary School and in 1962 the next principal,, Dr. Stephen Moosai-Maharaj, renamed the school to Hillview College and gave it its motto and composed the words for the college song.

In 1959 the science laboratories were built and the number of classrooms increased. In 1967 the main hall was extended to accommodate the increased number staff, and an extension was made in 1996 to create offices for the administration and clerical staff. In 1986 a library was built and named in honour of Mr. Stephen R. Seepersad (Principal 1975-1988). In 1993 a 6th Form block was built, and in 1999 a pavilion was constructed and named in honour of Mr. Richard Kokaram (Principal 1989-1999). 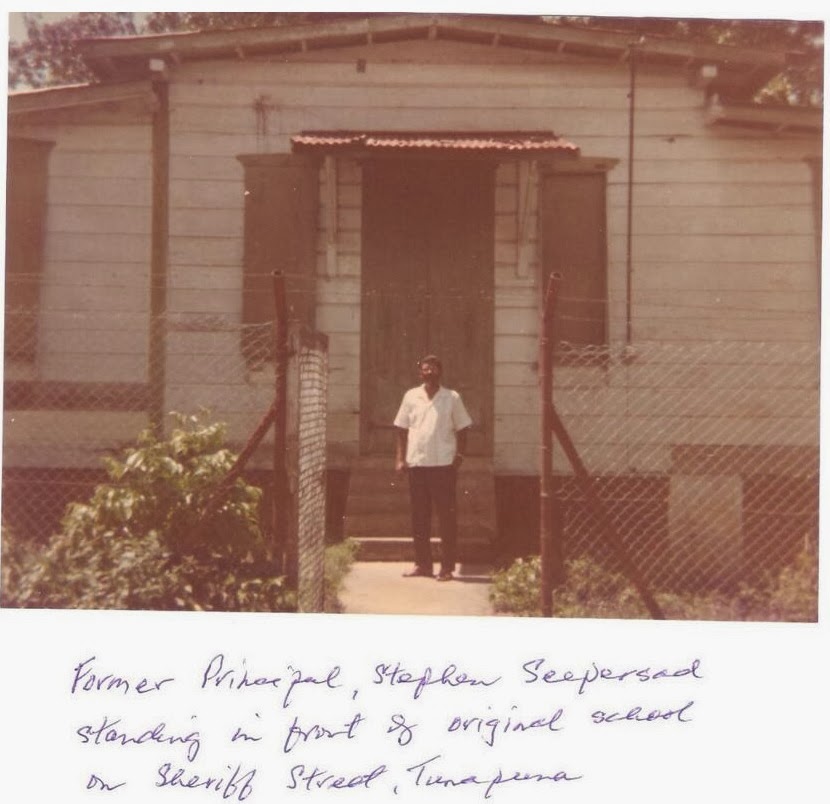